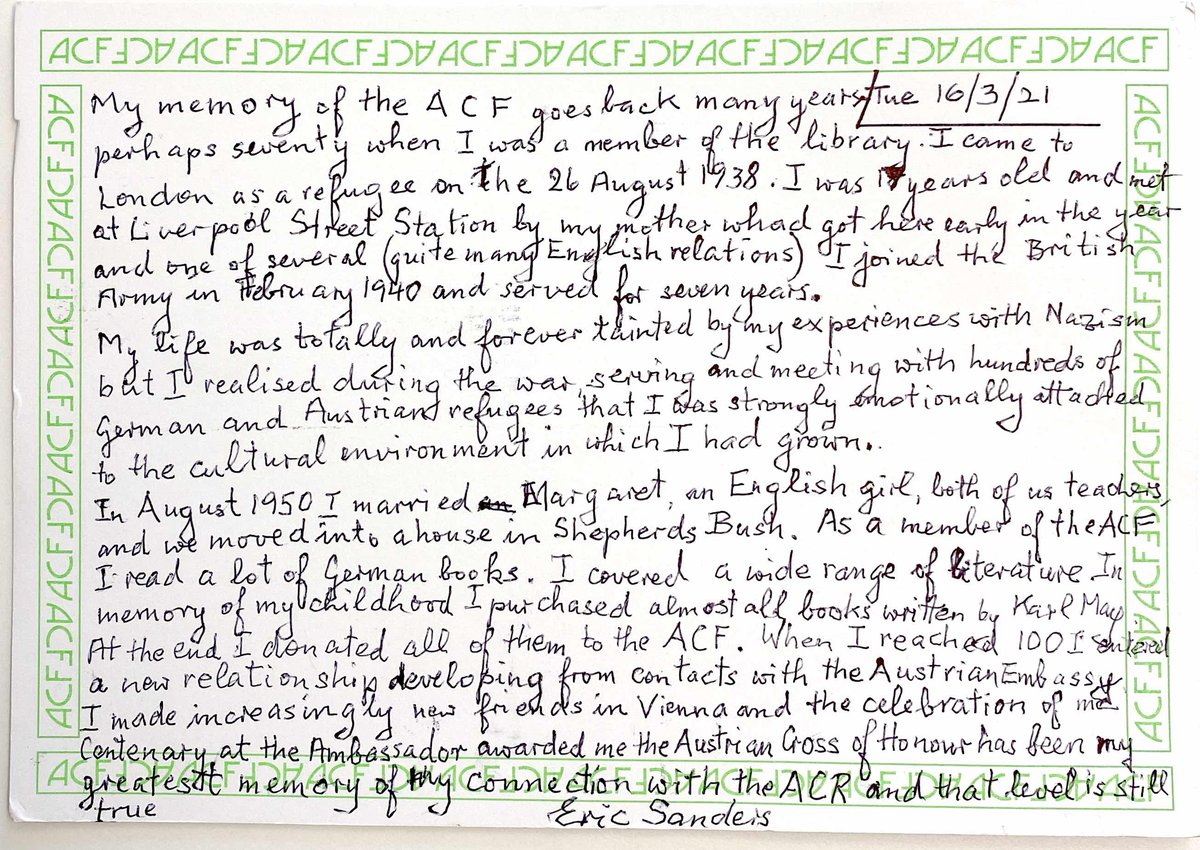 Erich Sanders, born in 1919 in Vienna was a pioneering ‘agent’ in the British Army’s SOE (Special Operations Executive) ‘re-education’ programme of prisoners of war in 1946/7. Since retiring from teaching he has been writing and translating books and screenplays. In 2009 the ACF London presented his memoir Emigration ins Leben: Wien-London und nicht mehr retour which describes, from a very personal perspective, the various transformations of his life, from the son of a Jewish shop owner to his journey as a refugee, and from his experiences working with the British Army to a career as a teacher in London. In 2019 we had the pleasure of celebrating his 100 birthday on Dec 12th 2019 with the Austrian Publisher Bibliothek der Provinz. https://www.bibliothekderprovinz.at/autor/eric-sanders/